For a small natural area, the Withrow Nature Preserve packs a punch of wooded bliss.  Located at 7075 Five Mile Road, Cincinnati, Ohio, 45230, it’s part of Hamilton County Parks but close enough to Clermont County to make for an easy afternoon walk.  Because it is a Hamilton County Park there is fee for a parking sticker, however, which is placed on your windshield, and is good at all Hamilton County Parks for one year, $14.00 for non-resident, and can be purchased at greatparks.org. 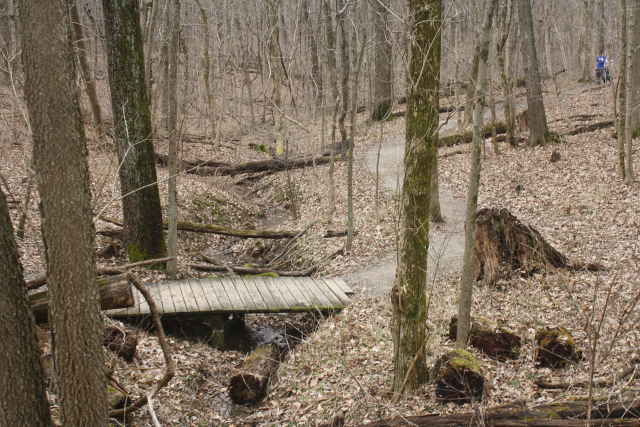 We walked on Monday, Feb. 19, 2018, beginning at 11:30 a.m., it was 66 degrees with cloudy skies, and had recently rained a lot.  The entrance of the park is down a tree-lined winding road that takes you to a paved parking lot near the Highwood Lodge.  The lodge is a grand old house that can be rented for weddings and other events. 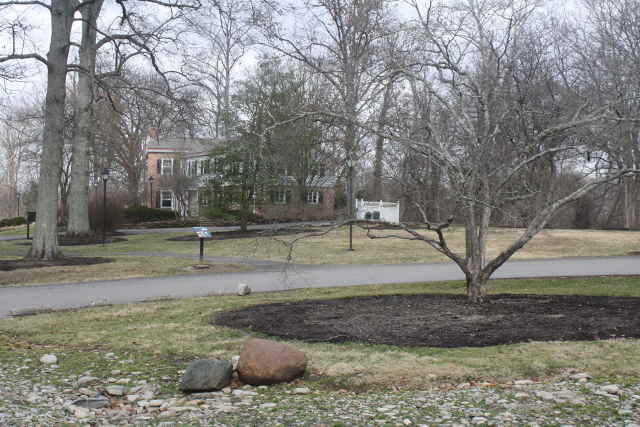 The Trout Lily Trail veered off of the parking lot in front of the lodge, and immersed us in the woods immediately as we walked the wide dirt trail that meandered along the edge of a steep ravine.  The trail went up and down hills, was muddy in spots, went along the edge of a meadow, and even took us to a beautiful overlook of the Ohio River, complete with two benches that were in excellent condition. 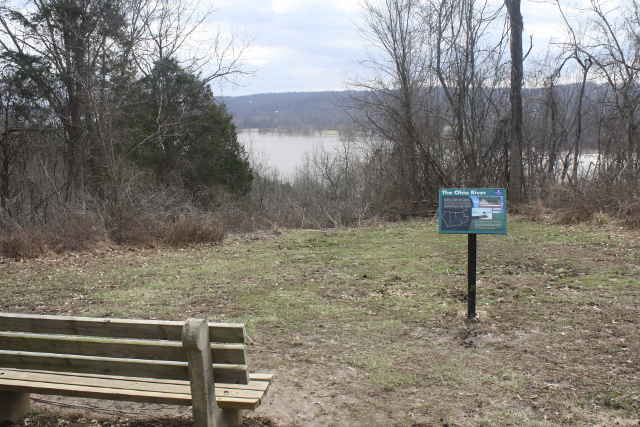 Restrooms:  There was one port-a-potty at the parking lot.

Traffic Noise:  We could hear traffic on nearby highway 275 in the parking lot, but as we walked deeper into the woods, the traffic noise disappeared.  We also heard a nearby train passing for a bit.

Historic Points Of Interest:  Former owners of the land were Mr. and Mrs. Andrew H. Withrow, who wished that someday it would become a nature preserve.  In 1980 the land was transferred to The Nature Conservancy, the leading conservation organization protecting ecologically important lands and waters in the world.  By 2011, the land was owned by the Hamilton County Park District. 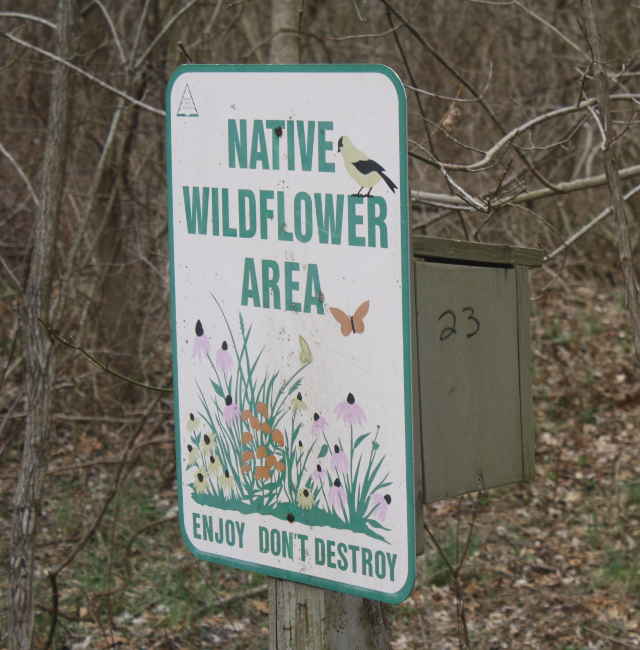 The park is known for its wildflowers, some which are native to the area such as the trout lily, for which the trail is named. There are informative signs telling about the vegetation throughout the trail, including a sign saying that many non-native species of wildflowers were planted by Mrs. Withrow, and have spread throughout the woods.

Overall Rating: This little trail, 1.6 miles, was really a treat.  It was kept up nicely, no litter anywhere, the trail was marked well with directional signs, and the overlook was a sweet surprise.  Even though we were there on a holiday, and a warm day on top of that, we were one of only a few couples walking the trail that day.  The views along the trail were amazing as we looked down the majestic hillside to a creek below, and soaked up the magic of the natural beauty of the bare bark and branches of the trees in all their amazing configurations.  The peace, quiet, and joy of the woods were just what we needed to recharge our batteries in the middle of a cold and wet February in southern Ohio. 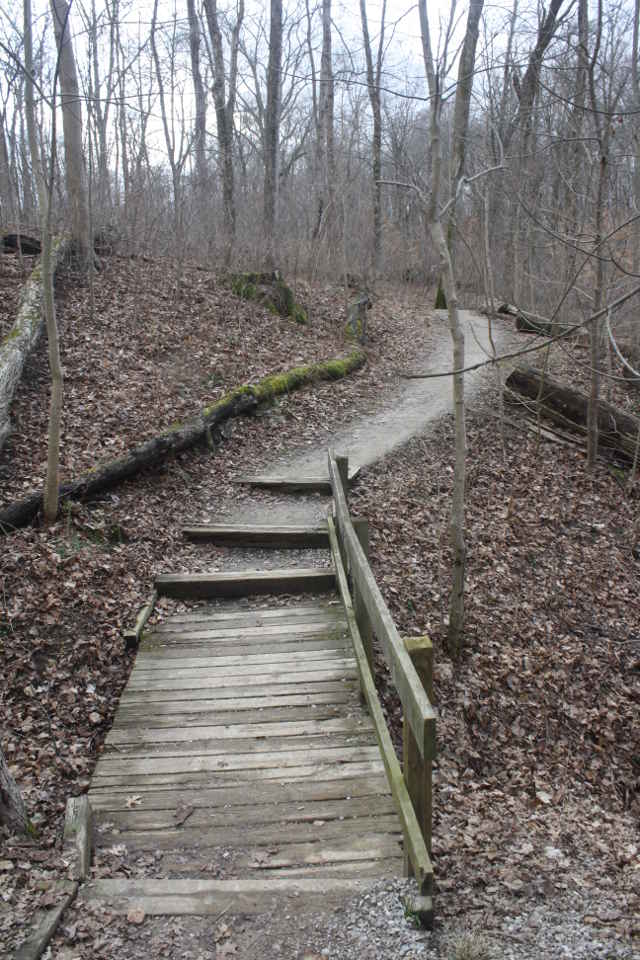