If you’re looking to combine outdoor exercise with some amazing American history, look no farther than the riverside walk at Ripley, Ohio.  The beautiful half-mile stretch in Brown County along the Ohio River packs a powerful punch of scenic views, lovely historic homes, and informative signs telling of the part the town played in the Underground Railroad.  Looking across the river it’s easy to imagine the dramatic rescues of men, women, and children, as they crossed the river, fleeing for their lives from the slavery of the south. 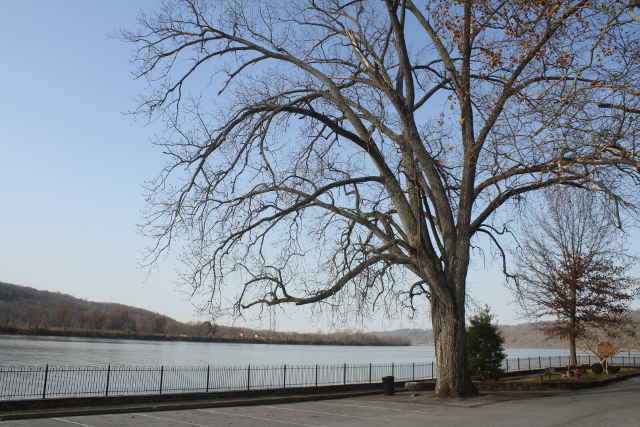 Escape route to Ohio past a 100 year old tree…

We walked on Wednesday, Nov. 29, 2017, at about 11:15, with a temperature of 52 degrees, partly cloudy.  We started at the intersection of Main Street and Front Street, walking west on Front Street on a paved sidewalk along the river side of the street.  After a short distance there is a picnic area and a boat launch, and you soon come to a huge tree with a sign saying it has been there for over 100 years.  There is a nice black iron fence along the sidewalk, and iron benches placed periodically for people to stop and enjoy the view of the river. 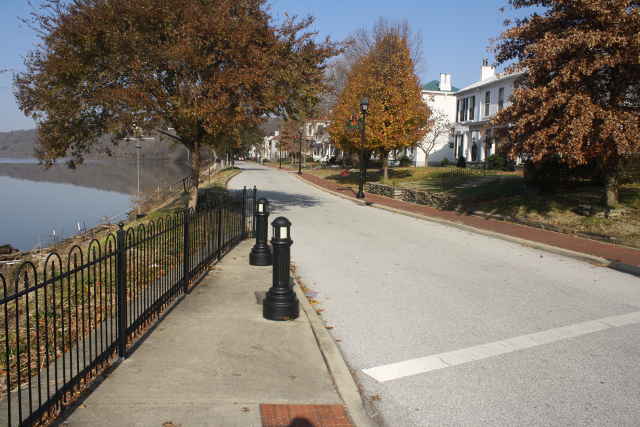 On the other side of the street there are the wonderfully preserved homes that face the river, with signs telling of the families that originally owned the houses, and the part they played in the Underground Railroad.  There’s even a sign at the spot where Eliza crossed the frozen river with her baby, which became a part of the book “Uncle Tom’s Cabin.”  At the end of this stretch there is the John Parker Park, a small square park across the street from the river with a paved trail, trees, informative signs telling the life and accomplishments of John Parker, and even some antique artifacts.  The John Parker House and Museum is also located at the park. 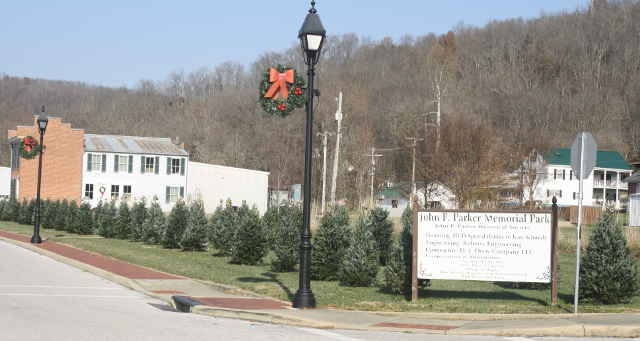 We walked the riverside walkway a few times to get in a two mile walk, and then explored the quaint streets of Ripley to round out our day.

Restrooms:  There were no public restrooms, but stopping for lunch at one of the restaurants is a great way to take a break. 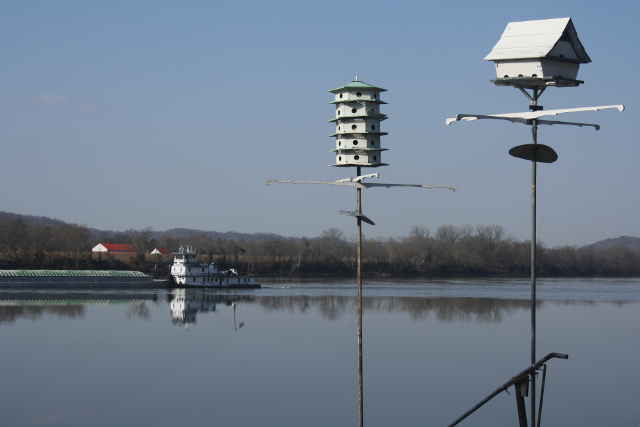 Historic Points Of Interest: John Parker’s home stands at the west end of Front Street. He was born a slave in 1827 and through his own endeavors managed to buy his freedom in 1845.  By 1848 he had started a family and moved to Ripley, where he set up shop as an iron monger (a manufacturer of iron goods). He started his factory behind his home, which eventually evolved into the biggest iron works between Cincinnati and Portsmouth.  In his off hours, he became a conductor on the Underground Railroad, and helped slaves escape from Kentucky by boat. He often traveled into Kentucky to guide slaves towards Ohio, at great risk to his freedom and his life. John Parker also managed to put all six of his children through college, no small feat for a former slave. 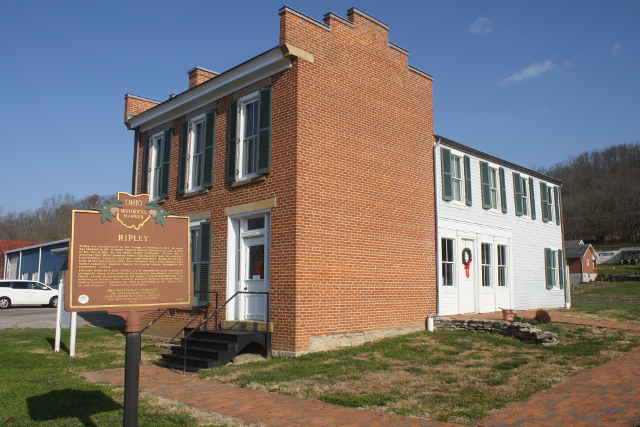 Overall Rating: We loved our little adventure in Ripley as we soaked in the scenery, history, and charm of a small river front town.  We were the only ones exploring Front Street on this fine day, and made a day of it by eating lunch in the Rockin’ Robin’s Soda Shoppe, and meandering through the wonderful Olde Piano Factory Antique Mall.   If you go, be warned that most of the shops are open limited hours, mainly Thursday through Saturday, and Rockin’ Robin’s closes at 4:00.  There were quite a few empty shops on Main Street, and the town appeared to be struggling a bit to fulfill its potential, but this also helped create its charm as it captured and showcased the hardships and triumphs of the past in all its natural glory.