If you’re looking for a change of scenery for a weekend walk, the riverside walk in New Richmond, OH, makes for a fun and easy change of pace. Even a cold and dreary day can be brightened by a brisk walk on the paved stretch along Front Street as you look out over the wide Ohio River to the woods in Kentucky. 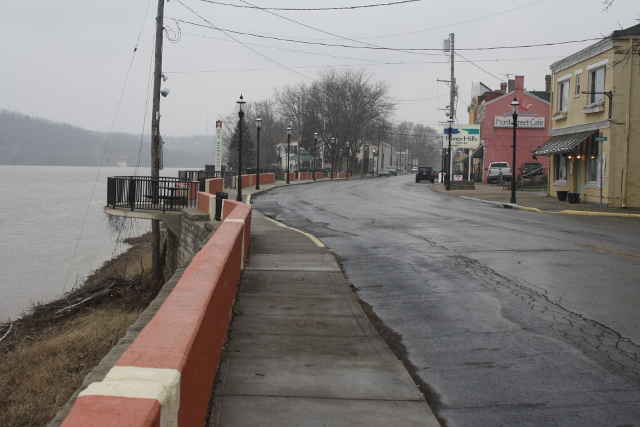 We walked on Sunday, January 29, 2017, at 11:45 a.m., with light snow falling and a temperature of 32 degrees. We parked on Front Street where the sidewalk begins, and walked east along the river. At 2/10 of a mile the sidewalk ends, and we continued walking on the asphalt road until it turned away from the river at 1/2 mile. This perfect little 1/2 mile stretch of pavement made it easy to measure our distance as we walked up and down the street a few more times. 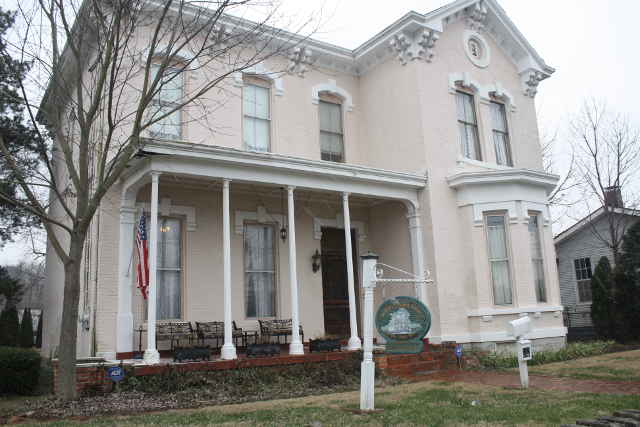 The grand old buildings on one side of us and river on the other made for wonderful scenery, but the wildlife really made the walk special. We saw everything from huge hawks soaring off the tops of telephone polls, to a group of about 50 geese gathering in the road ahead, honking away as we nearly collided making our way past them. 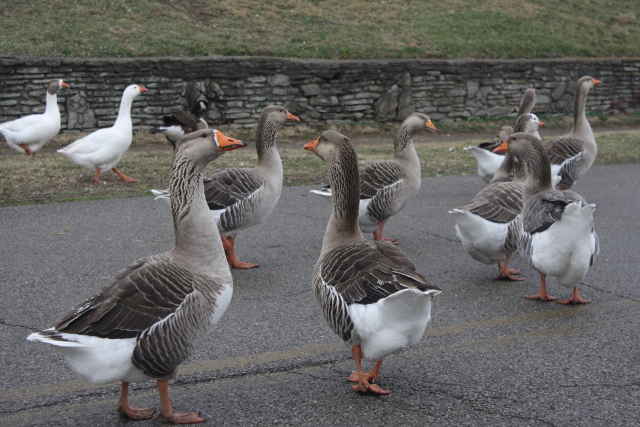 Restrooms: There was a brick building with restrooms at the small Susanna Park across from the sidewalk stretch along the river. It was closed, however, with a sign saying, “Closed For The Season.”

Traffic Noise: Walking along Front Street meant there was traffic close by, but our walk was relatively quiet. There were very few cars on the road this Sunday morning, and we had the walkway to ourselves.

Interesting Features: Although we missed being immersed in trees and nature during our walk, there were plenty of sights and sounds to capture our attention and awe. We came upon several informative signs telling of the history of New Richmond, there was the beautiful big river rushing by, wildlife popping up unexpectedly, and the charming old homes and restaurants to explore and admire.

Historic Points of Interest: New Richmond has a rich history, with signs posted along Front Street telling the part it played in the Clermont Freedom Trail and the story of its founding by Jacob Light and Thomas Ashburn. I’m proud to say that I am a descendent of Thomas and Susanna Ashburn, as they were my 4 times great grandparents, so I find the story all the more interesting. Our family records include a copy of the letter Thomas Ashburn wrote to his cousin in England in 1821 describing how he made his way from England, arriving in Cincinnati, and later purchasing land that is now New Richmond. The letter tells how he and another man bought 80 acres of land near Cincinnati, and worked together for two years until they paid it off. They bought the land for the stones that were in the river and hills, carried them out of the water themselves, and sold them for walling stones. He paid $400 for this land, and was offered $8000 for it just a few years later as Cincinnati grew. He used his earnings to purchase 875 acres for $10,000, for “a farm on the bank of the river, twenty miles above Cincinnati”, and “laid off a town in one corner,” which he called Susanna, and was later joined with Light’s property to form the town of New Richmond. Copies of the letter are now in the Museum of the Historical Society in Columbus, Ohio, and in the Museum of Cambridge, England. 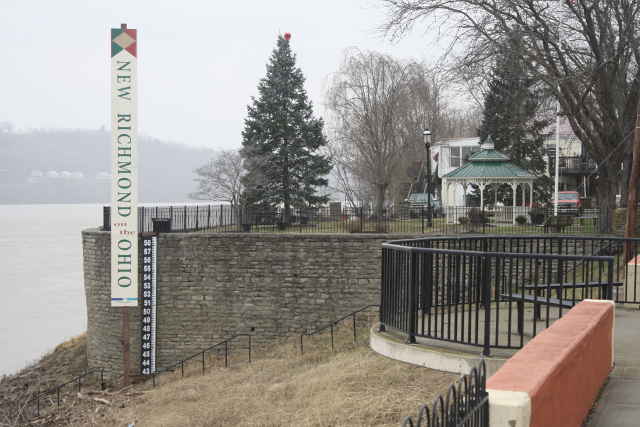 Overall Rating: This little stretch of riverside walking was refreshing and interesting. The barren winter conditions made it all the more magical as everything from the trees to the skyline seemed to stand out. Without the crowds, foliage, or commotion of the warmer seasons, we were able to soak in nature in its purest form. From the twisting branches of the old village trees to the worn shore of the massive river, our souls were touched and calmed as we connected with the gentle rhythm and amazing sights of the natural world around us. 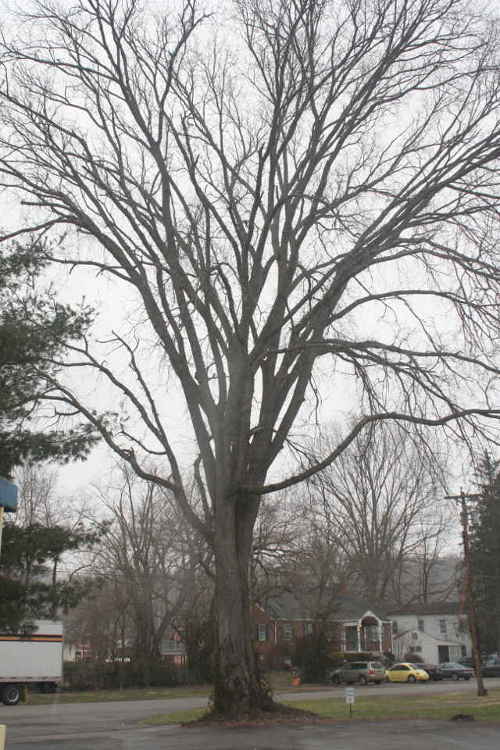