Exercise For Mind, Body, and Soul at Serpent Mound

If you’d like to soak up some ancient culture with your nature walk, you can’t ask for more than a visit to Serpent Mound in Peebles, Ohio.  The Serpent Mound Park is operated by the Arc of Appalachia, which manages 15 preserves and 5,000 acres of natural areas and ancient historic sites in southern Ohio. Serpent Mound is unique in that it is the world’s largest surviving example of an ancient animal effigy mound.  Located at 3850 State Route 73, Peebles, Ohio, 45660, it is 50 miles east of Batavia, and makes for a wonderful country drive with little traffic, and lots of wide open farm land and rolling hills. 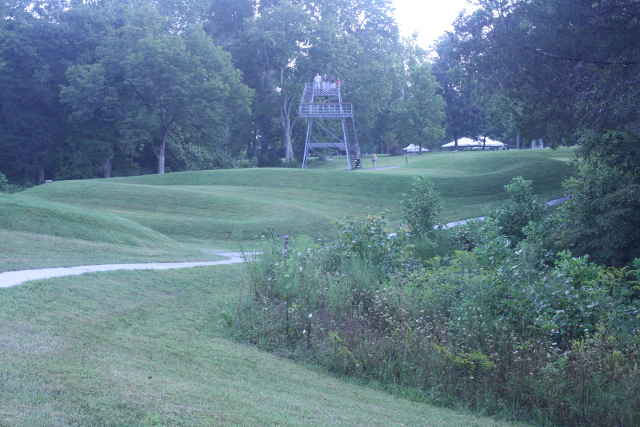 We arrived on Saturday, August 19, 2017, at 12:30 p.m., under sunny conditions, around 82 degrees.  It was the weekend of the solar eclipse which drew more crowds than usual to soak up the magic and attend various events.  Saturday was Archeology Day, which included displays of archeological finds from ancient cultures in the area, and a presentation about the latest discoveries at Serpent Mound. 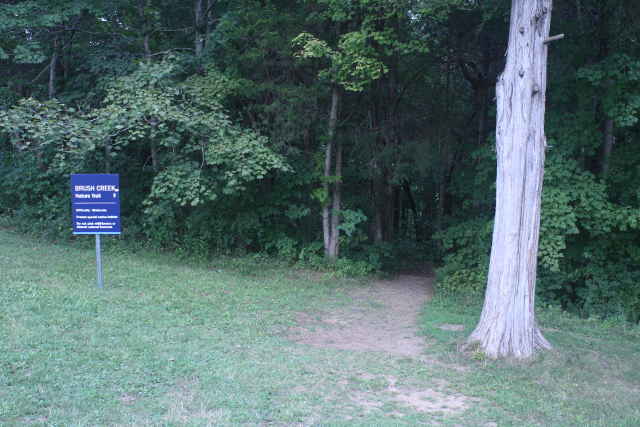 Although there is no admission fee to enter the Serpent Mound area, there is a parking fee of $8.00 per vehicle, or $5.00 per motorcycle.  The parking lot is paved asphalt, and after a short walk on the asphalt trail from the parking lot, the trail then runs along the outer edge of the raised mound where it circles back to the beginning, distance of around a mile.  It is an easy walk on the flat wide trail with trees along the outer edge, and the beautiful serpent shaped mound on the inside, carefully preserved to observe as you walk.  The mound sits atop a narrow flat ridge at the edge of an ancient crater, and there are several scenic viewing spots overlooking the valleys surrounding the mound. 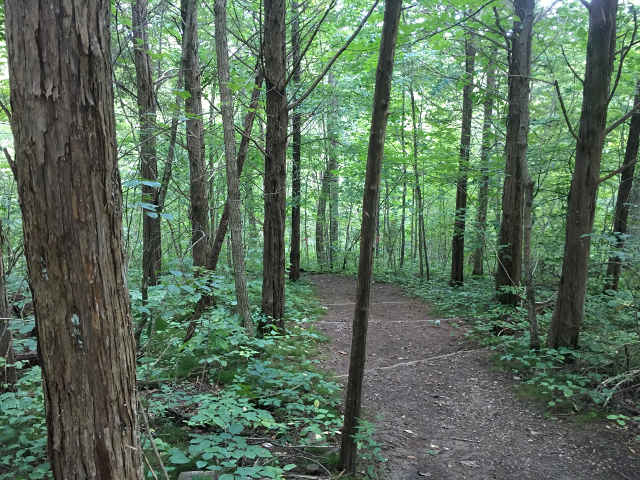 About half way along the side of the mound, we came to the entrance of the Brush Creek Nature Trail, which goes into the wooded area surrounding the mound. The dirt trail slops downhill to the East Creek, a tributary of Brush Creek, and is immersed in the woods, with branches across the trail serving as stairs as you walk down to the level of the creek. The trail circles around the front of the mound along the edge of the ridge, and joins the asphalt trail around Serpent Mound about half way on the opposite side, also one mile long.  There was a nice wooden bridge and stairs leading to the creek, and small signs along the trail, identifying vegetation like Wild Ginger. 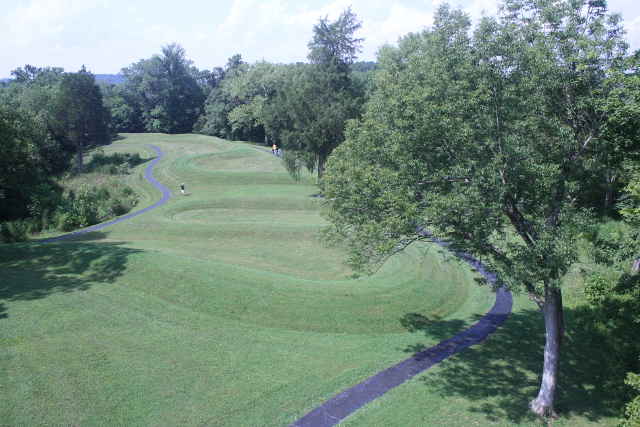 View of mound from local tower…

Restrooms:  There were two brick buildings in the parking lot for men’s and women’s restrooms.  They were open, clean, and well ventilated.

Traffic Noise:  There were no sounds of traffic on the trail around the mound, and complete silence on the nature trail.

Historic Points Of Interest:  According to the brochure we were given when we paid for parking, it is difficult to know for certain which ancient culture built Serpent Mound because no artifacts were found in it or around it to connect it with a certain time or culture. The two Indian cultures in the running are the Adena culture, who flourished around 1000 to 100 BC, and the Fort Ancient culture, who existed from 1000 to 1550 AD. To add to the confusion, there are two Adena culture burial mounds close to Serpent Mound, and one Fort Ancient burial mound nearby as well. No doubt the site was popular in ancient times. Most effigy mounds in the U.S. have been dated around 1000 AD, and no others are known to exist from before that time, so current speculation is that the mound was built by the Fort Ancient culture. 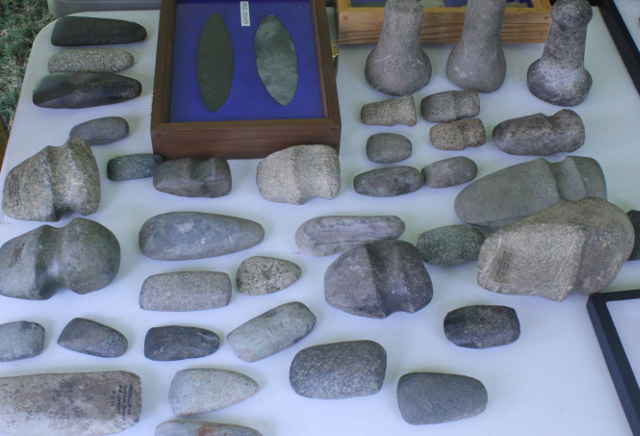 Overall Rating:  A trip to Serpent Mound is much more than a simple nature walk, as it feeds one’s mind, body, and soul.  There is a fun gift shop and educational museum, picnic tables, and a shelter that is available to rent.  There is also a steel tower that you can climb to see the serpent design from above.  The trails are open year round, but after a short rain shower, we found the dirt trail in the woods slippery, and there were caution signs posted.  Peebles is in Adams County, but is worth the drive, as there is nothing like it in the world.  The mound miraculously survived hundreds, if not thousands of years, a testament to traditions that fused man with nature.  It’s a place of reflection, contemplation, and connection to early people of the area.  Walking the trails, you can’t help but feel the calm, powerful strength of these people, the universe, and nature around us. 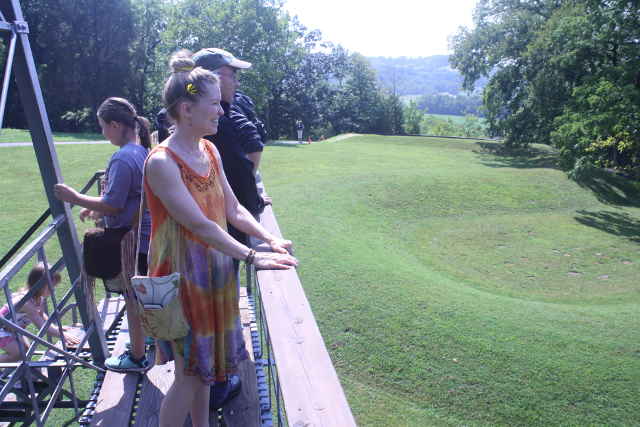 Majestic view from the tower