It’s a riverside walk, it’s a nature preserve, it’s a park, it’s an historical site, and it’s even got yurts!  Chilo Lock 34 Park had much more than we expected, and we were delighted with our walk despite the cold temperature and windy conditions.  Located at 521 County Park Road in Chilo, Ohio, it is off US Highway 52 in the village of Chilo, right on the Ohio River.  The entrance takes you through the Crooked Run Nature Preserve as you make your way to the paved parking lot located in front of the River Museum building. 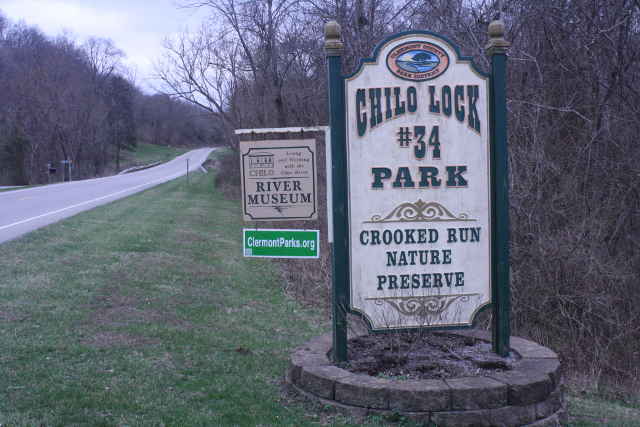 We arrived at 2:00 p.m. on Saturday, Feb. 2, 2017, and the temperature was a brisk 37 degrees, with cloudy skies, a swift wind, and we dressed accordingly.  The old River Museum building looked fascinating, but it was closed, having a sign in the window that said, “Closed For The Season.”  The park was a grassy area with large trees, several shelters with picnic tables, other picnic tables standing alone, a playground for children with swings and nice climbing equipment, and a concrete paved area in front of the museum building with viewing spots of the Ohio River. 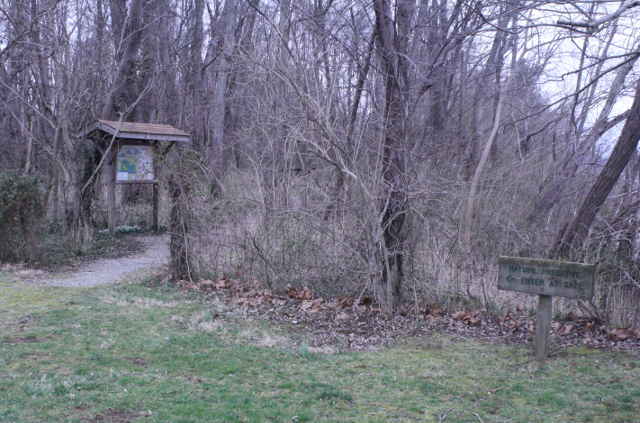 The nature trail started on the left side of the park, right along the river.  It was a dirt trail starting in the grass in the park, with a large information sign showing a map of the trail.  The trail was amazing from beginning to end as we began the walk along a high stretch of ground with the river racing below us.  The bare trees made it easy to see and hear the river, with the lovely view across the river to the woods on the other side.  After about 1/2 mile, the trail turned away from the Ohio River into the woods, and soon followed Crooked Run Creek as we entered the Crooked Run Nature Preserve.  We continued walking in and out of wooded areas along the creek, across a wooden bridge at one point, a short stretch on a gravel road, and ended at the site of two working yurts as we returned to the park, and had walked one mile. 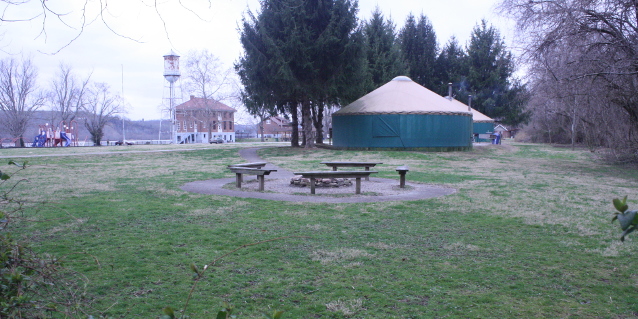 Restrooms:  There was a brick building at the park with restrooms.  It was open, heated, and clean.

Traffic Noise:  There was no traffic noise.

Interesting Features:  Not only was there a nice area to view the Ohio River at the River Museum building, there were benches along the trail at scenic places, and the Crooked Run Nature Preserve had several bird watching observation shelters, complete with wooden benches and informative signs.  These were strategically placed at scenic spots above the creek where you might catch a glimpse of a Great Horned Owl, Pleated Woodpecker, or Black Capped Chickadee.  The yurts were another interesting feature, and can be rented out to groups. 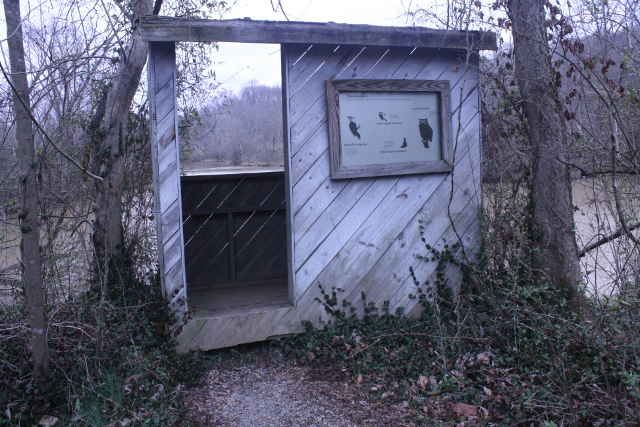 Several birdwatching shelters along the trail

Historic Points of Interest:  Prior to the 1920’s, river traffic was at the mercy of the depth of the Ohio River, which at certain times of the year could drop to only 1 to 2 feet.  The U.S. Army Corps of Engineers started a project of dams and locks up and down the Ohio River, which made the river navigable for almost the entire year, of which 54 were built.  Chilo Lock 34 park is the site of one of those dams, and the museum there is the old power house for the dam.

The dams were called wicket dams, and were made of wood slats that could be raised or lowered depending on how deep the river was at the time.  If lowered, a steamboat could just float over the top of the dam, and if raised, the boats had to use the locks to proceed along the river.  This greatly increased river traffic and commerce.   The wooden locks and dams were replaced in the 60’s with more modern versions, and Chilo Lock’s replacement is just up the river at Meldahl Dam. 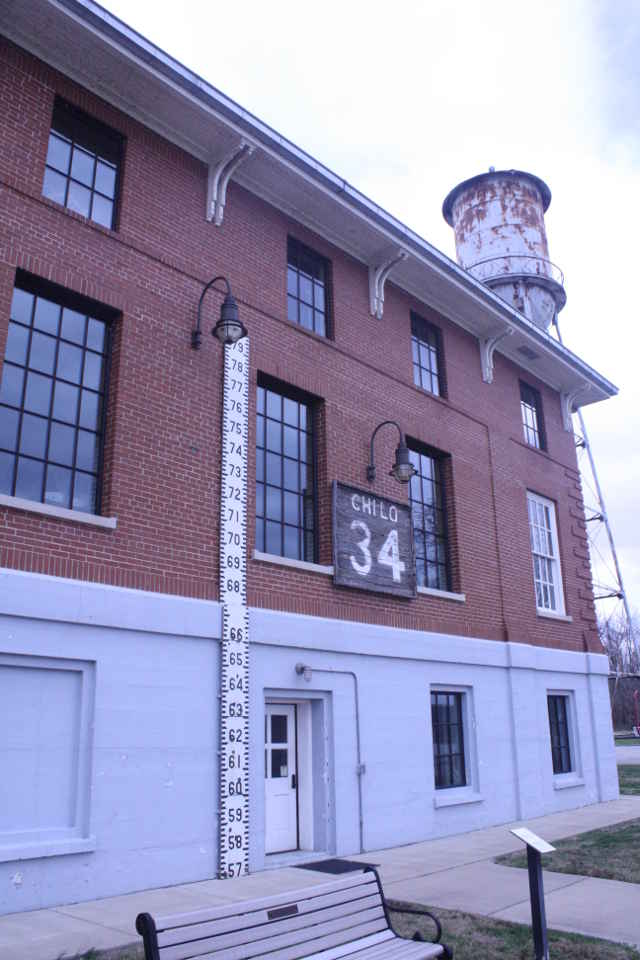 The old dam powerhouse is the visitor center and museum

Overall Rating: We considered this park outstanding, and are looking forward to returning when the weather is warmer.  Being the only ones on the trail, completely immersed in nature, with the bare trees in interesting configurations, and greenery just beginning to sprout on the ground like a carpet, it’s safe to say, we were simply enchanted with our experience as it reminded us of the peace, beauty, and strength inherent in nature, and available to us all. 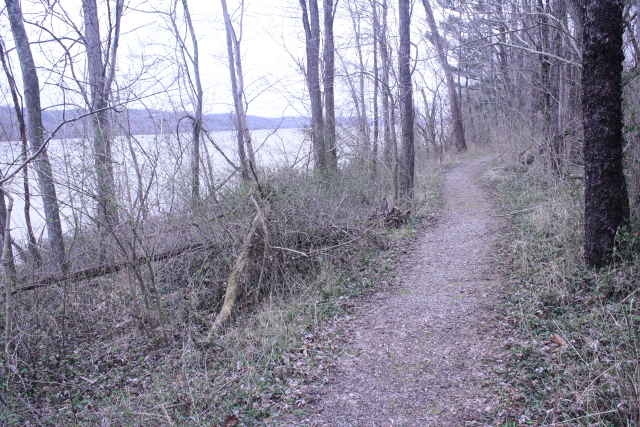