Living in southwest Ohio gives us the benefit of being in a great central location where a day’s drive in any direction can take us to some pretty amazing places. One such place is the ever popular Niagara Falls. We decided to stay on the Canadian side of the falls to take advantage of some special attractions, and worked a nature walk into our schedule at the Niagara Glen Nature Center, located in the Niagara Gorge, above the Niagara River, about 10 minutes north of Niagara Falls, 3050 Niagara Pkwy, Niagara Falls, ON, Canada. It is free to the public, and promised some spectacular views from high above the Niagara River. 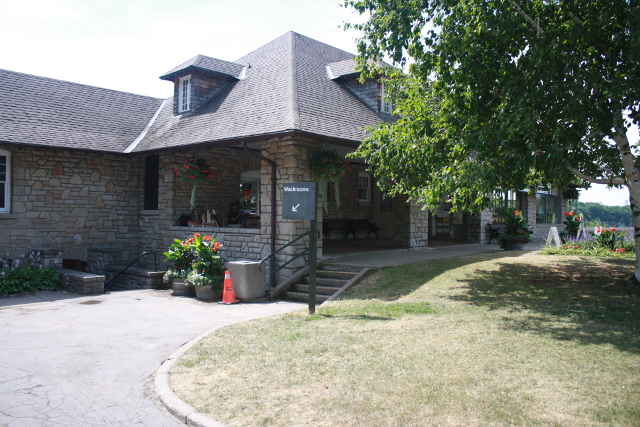 The nature center is right off the Niagara Parkway, easy to find, with a nice welcome center selling unique souvenirs and artwork, water, and trail maps. We arrived at the trail on July 20, 2016, at 11:00 a.m., it was sunny, 80 degrees. We walked through a large picnic area to get to the beginning of the trail, which was a 55 foot steel staircase tower taking us down the edge of a cliff to the trail below. The trail was narrow, rocky, running up and down hills around huge boulders, as it gradually worked its way down the side of the gorge toward the river 500 feet below. It was very narrow and steep in spots, making for a scary walk on the edge of high drop-offs. We could see the beautiful river far below us, white water rapids and all, which was breath-taking, despite the difficulty of our walk. 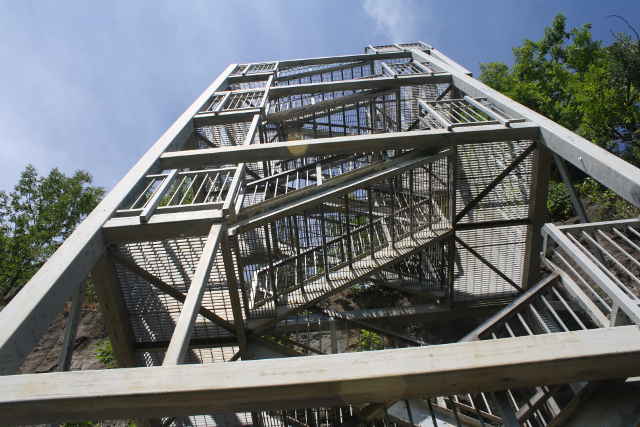 Stairway to the Gorge below

The rugged trails go for 2.5 miles, but we had a hard time following one of the marked trails because the markings were different colored painted spots, color coded to identify one of seven trails, some with arrows, some without, on the sides of boulders, and not easy to understand. We turned back when our pedometer reached 1/2 mile, as we were apprehensive about the steep, rocky climb back up, ending with the steel staircase in the hot sun. When we reached the top of the staircase, we were out of breath, and rested for a minute before heading to the nature center building, although we noticed younger people walked off easily. 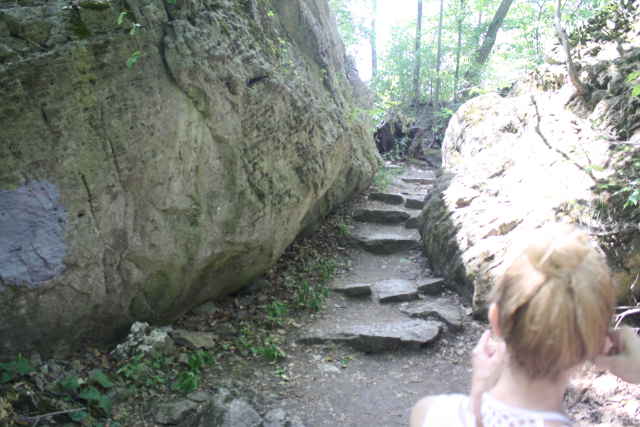 Restrooms: There were nice restrooms in the welcome center building, but nothing on the trails.

Traffic Noise: There was no traffic noise from cars, but a helicopter tour business operated in the same building as the welcome center, and we could hear helicopters overhead for most of our walk.

Interesting Features: The Niagara Parks Visitor’s Guide, has a wealth of information on the area including information on vineyards, bike trails, and guided tours of the trail. The guided tours are available during the summer months, lead by Niagara Park naturalists taking visitors to prehistoric geological formations, and wild flora and fauna. 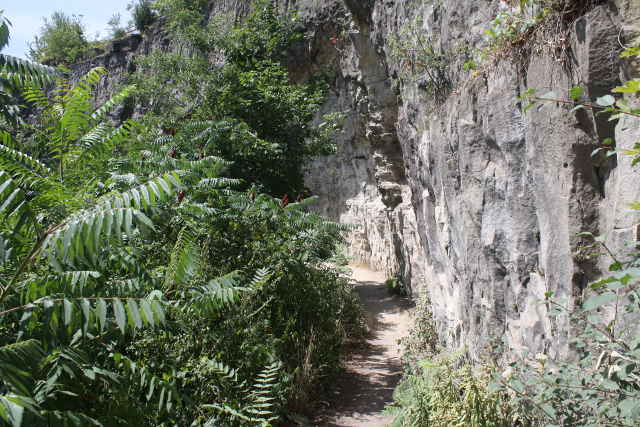 Historic Points of Interest:  The first major battle of the War of 1812 was fought close to Niagara Glen, just downriver at the village of Queenston.  British soldiers from nearby Fort George fought off Americans crossing the river, leading to the death of the British General Brock.  The Americans clearly won this first battle of the war, but failed to follow through, and the British retook the Heights.  The British garrison was outnumbered by the Americans, and fortune swung between both sides till the end of the war.  At one point the Americans gained and lost Fort Niagara, and the British lost Fort George. The Niagara Valley witnessed some hard fighting. 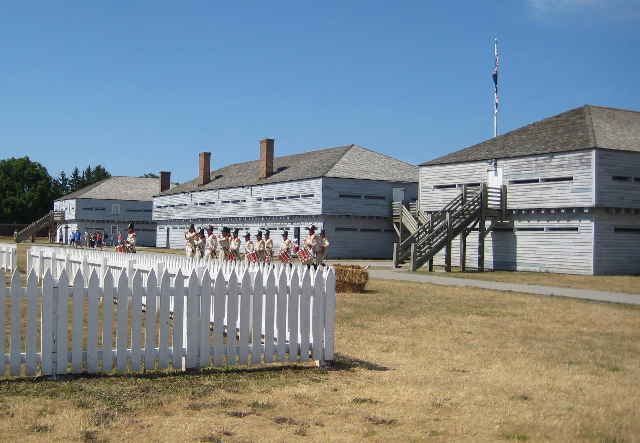 Overall Rating: It was thrilling to have a new place to walk with amazing scenery and interesting terrain, but because the trail involved so much climbing, we stopped and started a lot without a period of consistent walking. The trail was similar to those at Red River Gorge in Kentucky, with the huge boulders and steep drop-offs, with the benefit of continuous views of the magnificent Niagara River. Even though it was a challenge for us, we wouldn’t have missed it for the world. It was fun to climb for a change, to explore something new, to get out there and see and experience a new place, feeding our bodies, minds, and souls. 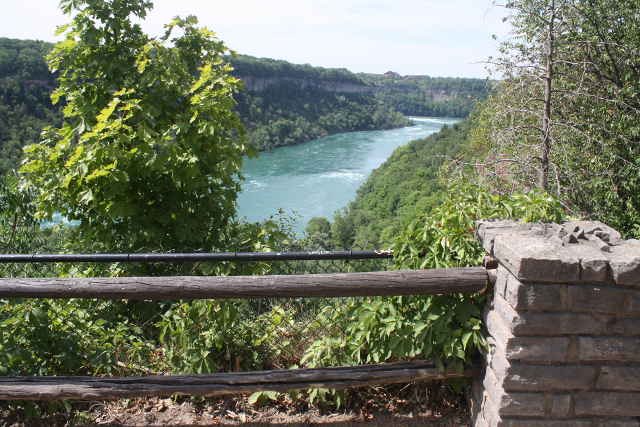