Burke Park mixes small town charm, school athletics, and nature into one great place for a hardy walk, run, or bicycle ride.  Located at 120 N. Main St., Bethel, Ohio 45106, it is easy to find, and a pleasure to explore.  The park is a nicely landscaped area, full of large trees, an outdoor stage, basketball court, playground, shelters with picnic tables, and a large stone outdoor pavilion that is available to rent.  The landscaping includes designer stoneware on the pavilion and pathways.  We walked on Sunday, May 21, 2017, at noon, with a temperature of 71 degrees, cloudy, and a brisk wind. 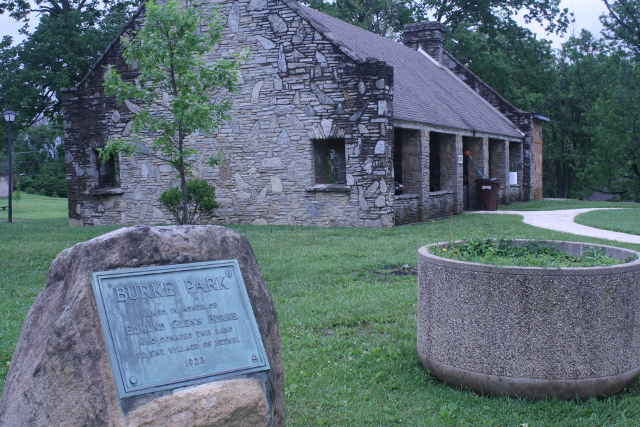 There is parking at the pavilion, and the asphalt trail is just a few steps away.  It was in great condition as it circled a school, including the school athletic field.  The outer side of the trail ran behind the backs of some stores, an apartment complex, and a road, but there was enough vegetation along the way to keep us from feeling like we were walking in town.  There was another entrance to the trail from a road that enters the school grounds at the rear of the school, and at this point there was a sign identifying the trail as a bicycle trail, with no rollerblading allowed, and marked the distance of the trail as 1.3 miles.

As the trail circled back to the park, it veered away from the road, and through a tree-lined stretch with some enormous old trees.  It had rained a lot recently, creating pools in the grassy areas, but the trail was dry from beginning to end.  We were one of just a couple of other walkers and one group of bicyclers. 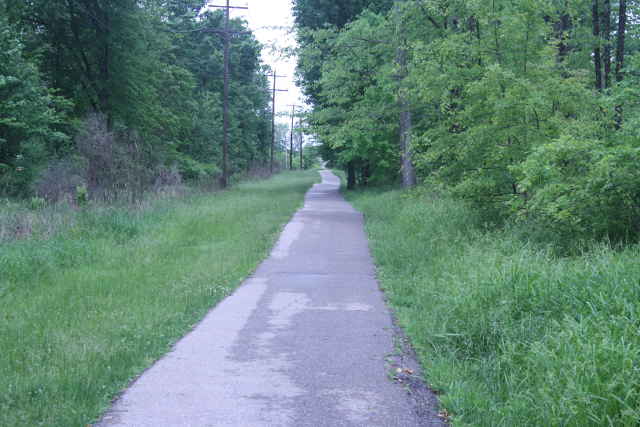 Restrooms:  There was a men’s and women’s restroom at the pavilion with one toilet in each, and they were open.  There was also one port-a-potty at another location along the trail.

Traffic Noise:  Although the trail runs along a road for a stretch, the only traffic noise you can hear is the actual cars on the road.  There was no traffic noise in the distance. 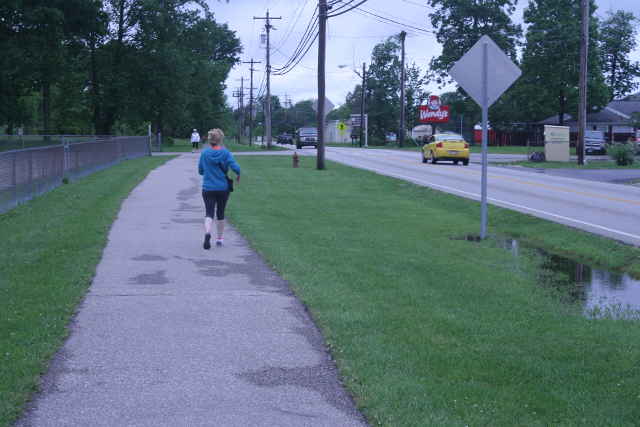 Part of trail by the road…

Historic Points Of Interest: The grounds for Burke Park were donated in 1923 by Edmund G. Burke, who made his fortune selling real estate.  He also donated half a million dollars for college scholarships for local kids, and another half a million dollars to build a local hospital, that eventually became Mercy Hospital.  The park was also a Civilian Conservation Corps camp during the 1930’s, which was a government program to get young men back to work during the Great Depression. The land reverted to a park in 1937. 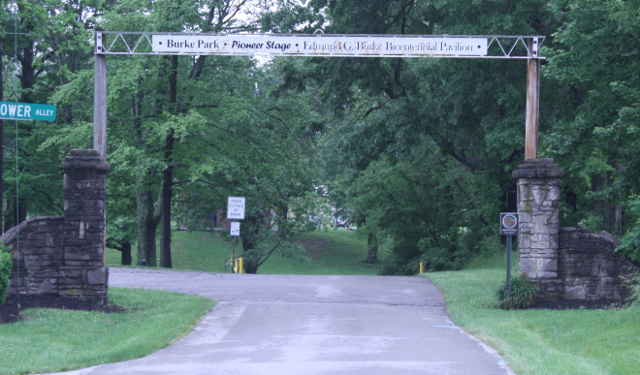 Overall Rating:  We loved the quaint setting of Burke Park, and easy access to the well-maintained trail.  There were benches in a few spots along the trail, as well as some huge bats houses on some trees, and a wide variety of vegetation, giving us plenty of ways to soak up the natural scenery.  We were there at a good time, however, and wondered if it was as relaxing when the school sports fields were full of students, or the trees were bare, leaving the backs of stores and other buildings as the only view during some stretches of the trail.  All in all, we enjoyed our walk in this charming little park, a refreshing taste of small town Ohio.